One of the comments on my post about my board game, Ancient Horror, asked how I made its board, which features a Mediterranean map. I responded with a short answer there, but I thought it would be worth doing a more in-depth look. I need hardly stress how important maps are in science fiction and especially fantasy, but they’re also very important for archaeologists. I had to draw at least half a dozen for my PhD, showing artefact distributions and other things, and I also redrew one of the maps in a recent new edition of a book by my former supervisor.

In this post I’m going to show you how I tend to go about it. 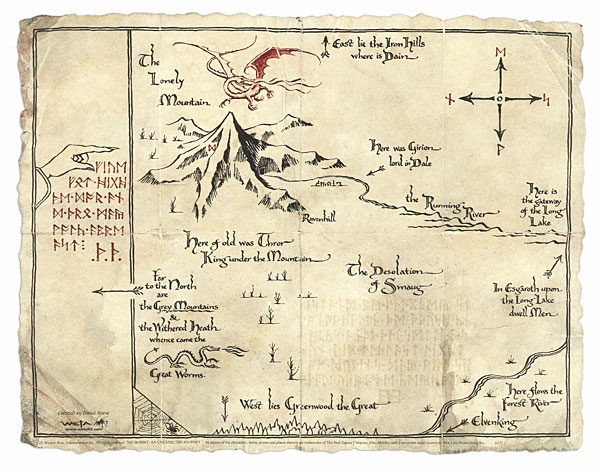 This isn’t the map for my supervisor. This one’s from The Hobbit. 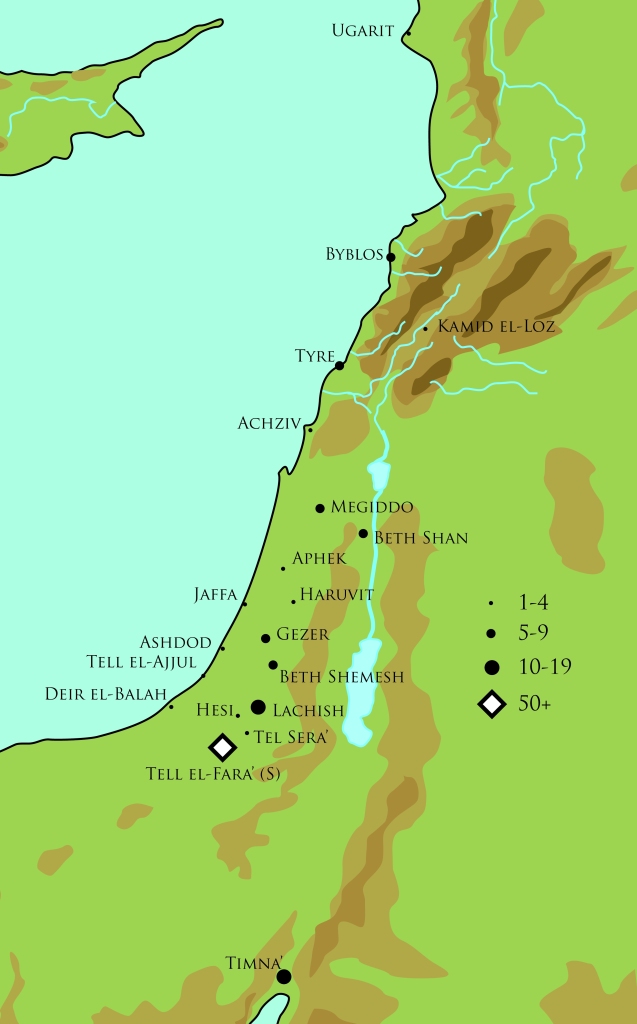 One of the maps from my PhD thesis

This shared importance of map-making comes back to what I talked about in my first essay on this blog – the common foundation of world-building in what both archaeologists and SF people do. Maps help us visualise imagined worlds, whether those worlds are fictional, historical or just distant.

This is the map in the original board game Eldritch Horror: 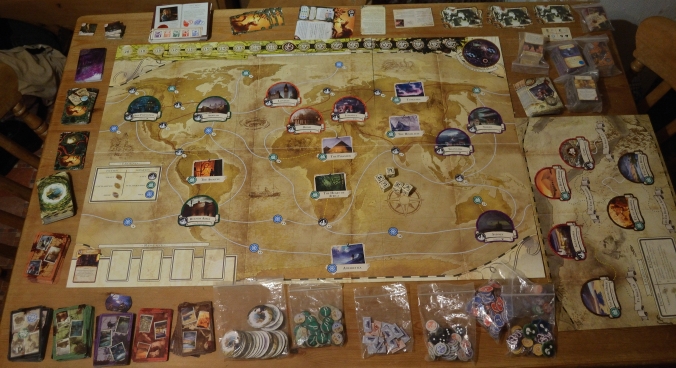 And here’s my board for Ancient Horror: 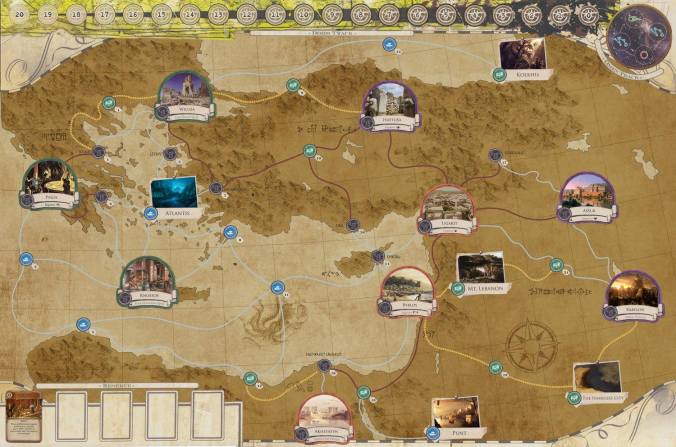 The way I went about making it was much the same way I did my PhD maps. I’m going to assume a bit of basic familiarity with Photoshop, but if you don’t understand something there are lots of tutorials online – or just ask me in the comments!

Almost all the maps I’ve done are really re-drawings of an existing map, and despite essentially being a form of copying, it can still allow for an awful lot of creativity.

The first step is to find suitable source images covering the area I need. In doing this you really come to realise how much variation there is in different maps, even at relatively low scales where things like the curvature of the Earth don’t come into play. It’s rare for different sources to line up exactly, and generally I need to scale, rotate and generally wrangle them into something that all fits together. That’s fine for maps like these, which nobody’s going to be trying to actually navigate from. 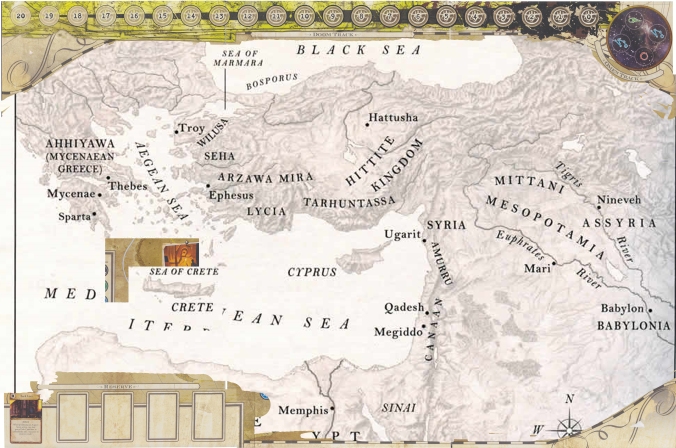 Here’s my template image for Ancient Horror. The retained elements from the Eldritch Horror board just come from a high-resolution scan I made in pieces and then stitched together in Photoshop. The images I’m showing here are scaled down – all this work was done at very high resolutions so that I could print out the massive board at a decent resolution of 300 dpi or more. So if you think your image is going to end up being printed, you’ll need a computer with enough graphical oomph to handle it. It’s also handy, but not essential, to have a graphics tablet if you’re doing things like this – a small one works fine. Wacom are the best make.

Because this map was for a board game, I did a little bit more finagling than usual so as to make room for all the icons. The biggest thing you can see is that I’ve shifted Crete south-east a fair bit so things don’t get too cramped in the Aegean. That’s obviously not something you’d do on an academic map!

I do the basic tracing in Adobe Illustrator because that uses vector graphics, which means the image will retail its crispness however much it’s scaled, rather than becoming pixelated. If you don’t have access to Illustrator, Inkscape is a free open-source alternative.

After tracing, I also added some rough grid lines in Illustrator. These are just freehand – you can see they’re a bit uneven. If I was doing things like contours or elevation shading, I’d do these in Illustrator too, building them up layer by layer, from bottom to top.

I then exported the whole lot into Photoshop for texturing and adding the game icons. 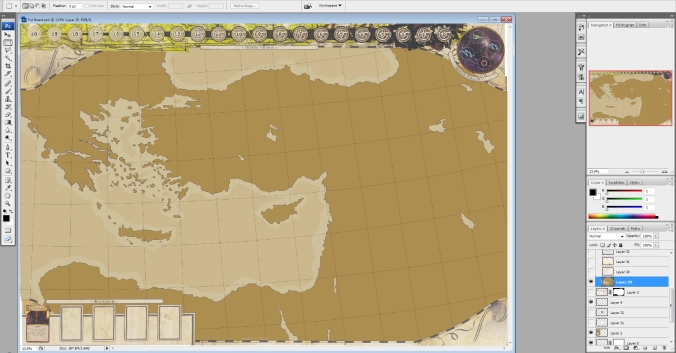 If you don’t have Photoshop, again, there’s a free alternative in the shape of GIMP. I sympathise, though – while it’s quite powerful, it’s pretty awful to use.

Firstly I added a couple of paper textures to mimic the look of the original board. I actually gave this a bit of thought, since while those old maps fit well with the pulp adventure aesthetic of Eldritch Horror, they don’t actually belong terribly well in the Bronze Age. I wondered whether I ought to use more of a papyrus or clay texture, but none of those would be particularly authentic looking either, since accurate regional maps simply didn’t exist then. Ultimately, the appearance of the map was so much a part of the look of Eldritch Horror, I wanted to keep it.

There are lots of places to get good-quality textures for free online – I generally use www.textures.com. 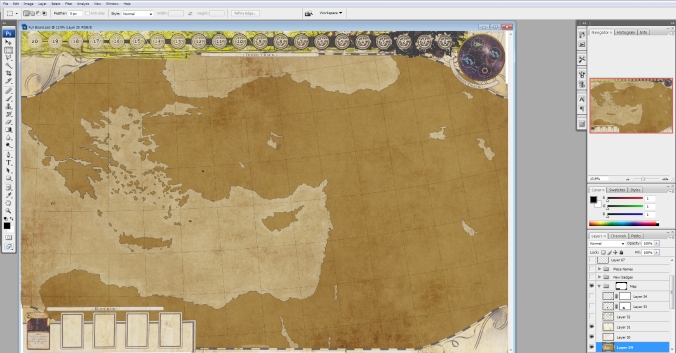 I added these in Multiply blend mode, with opacities of around 65%. You might want to experiment with other blending modes and opacities, as well as with desaturating the colours in the textures.

Next were the mountains. These are actually hand-drawn images I had lying around my hard drive from another project I started several years ago but never quite finished. As part of a 3D animation I was making, I did a map of the kingdom of Hyrule from The Legend of Zelda: A Link to the Past. This was made from various hand-drawn elements which I combined in Photoshop into the finished piece. 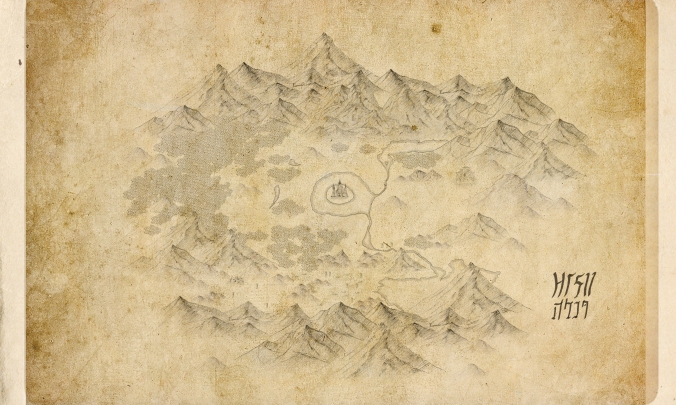 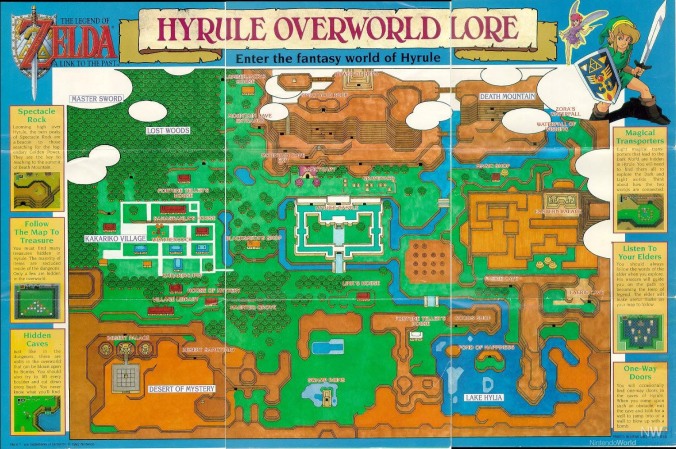 My original scanned elements are here. Feel free to use them under a CC BY licence, but please give credit. 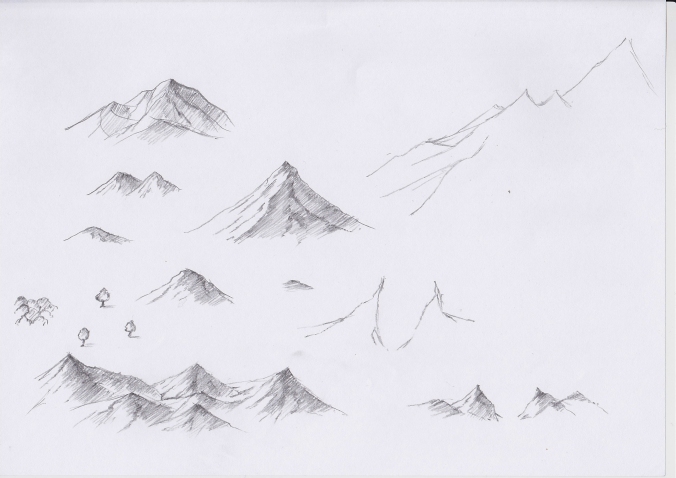 For the mountains in the Ancient Horror map, I simply used Photoshop’s clone brush to paint the images from the Zelda map into the new one. 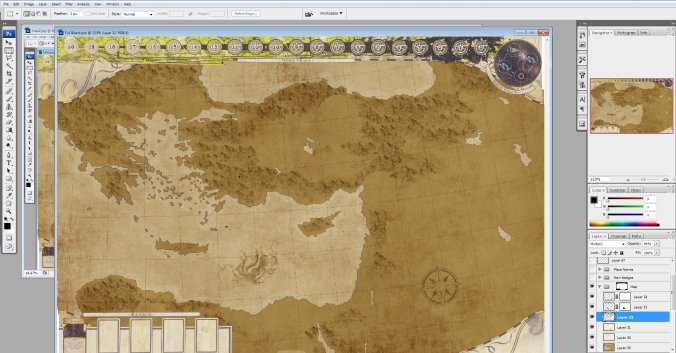 I also added a Minoan octopus and a compass rosette to fill in some empty space. I got both of these off the internet and used layer masks and blending options to merge them into the map.

That was the background map done. The next step, whether for an academic piece or an artistic one, is adding the place markers. In this case I had separate files with a variety of different markers based on Eldritch Horror’s many kinds of spaces. I simply pasted these in and positioned them in the appropriate spots, taking care that things weren’t too bunched together and that there was still space for the routes. In an academic map, it’s necessary to be a bit more precise about locations, and here I’d either refer back to my tracing image or to online resources to make sure everything’s properly positioned. At this stage I also added very rough sketches of where I wanted the routes between spaces to run. 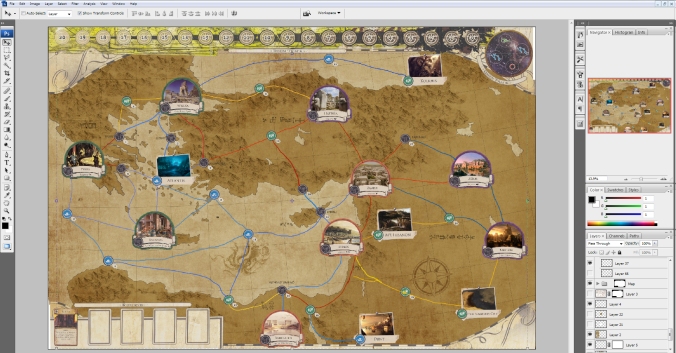 I then hid the layer group with the space markers and imported the map back into Illustrator, where I traced nice smooth vector curves over those scrappy guidelines. I exported that as a layer with a transparent background and took it back into Photoshop to tie everything together. The final step was to add some place names. These are mostly in appropriate local scripts, but there a few idiosyncrasies: I made this before I started learning Akkadian and couldn’t find any information on how to write anything approaching ‘Mesopotamia’ in cuneiform, so I’m ashamed to say that’s just gibberish. For Cyprus I had to pick a language and writing system out of the many used on the island in the Bronze and Iron Ages, many of which we don’t fully understand. I plumped for Phoenician, which we can at least spell in, but for some reason I wrote it left to right rather than vice versa – oops. I got it right in the Levant, though!

Finally, with printing something this size, even with access to an A3 printer, the only option was to do it in bits and stick them back together on the board. I ended up taking the whole thing back into Illustrator and printing it off using this method.

I hope that’s helpful! If you have any questions or come up with any nice maps or game boards using these techniques, let me know in the comments!

2 thoughts on “Making Maps for Board Games or Illustrations”